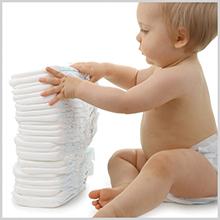 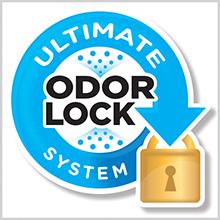 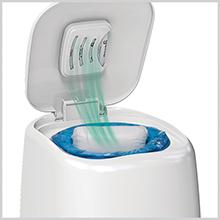 With both the pail and refill containing built-in odor controlling antimicrobial, germs and odor have nowhere to hide.

No, thats not a typo. Thats how many diapers the average baby soils in their first three years. You can trust the job of the #1 in diaper disposal*.

The pail contains a Built-In Odor Controlling Antimicrobial AND double-air tight clamps to help seal in odors. Good luck getting through that, odors.

What if smells try to get through? Thats covered too.

The Carbon Filter police will be waiting at the top of the bin to help capture smells that try to sneak out. Moral of the story? A sweeter smelling nursery for baby. 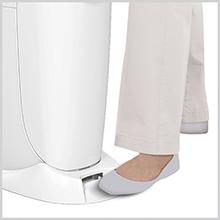 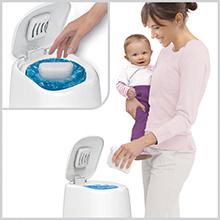 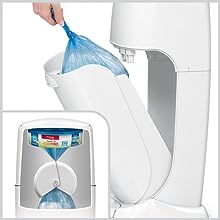 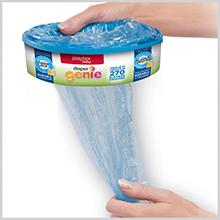 It has a foot pedal.

Baby in one hand, stinky diaper in the other  what do you do? Just step on the foot pedal and toss the diaper  no need to even touch the pail.

Dont underestimate a pails size. This one is just the right height for an easy, no bend diaper toss.

Changing the bag has never been easier.

With a front tilt bin, you just pull the full bag through the built in cutter and tie a knot at the end. You dont even need to pull the pail away from the wall.

What else can hold up to 270 diapers and provide odor lock protection? Only the Diaper Genie branded 7-layer bags seal in odor and keep it away.